An introduction to the internet of things 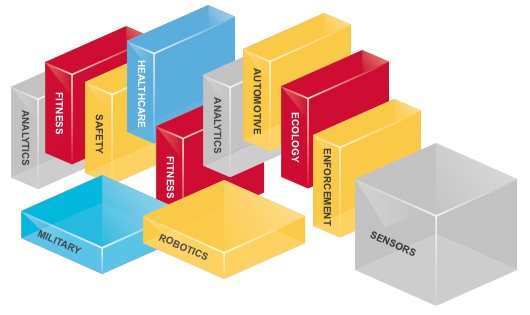 The term “Internet of Things” is simply a fancy way of talking about the proliferation of sensors that are connected via a network (the internet, satellite, terrestrial cellular or RFID networks are examples). It can even be a simple as an object being “tagged” with a barcode or QR code.

The most common, recent example is the Nest thermostat. This is an easy to configure, smart thermostat that “learns” your patterns and can be controlled remotely via a mobile app. In theory, this “smart” appliance can reduce energy consumption.

Many of you have likely heard examples like the refrigerator messaging you to inform you that you are low on milk. Though, in all honesty, I’d rather have my refrigerator calculate its power consumption and inform me when I’d actually save money by purchasing a newer, more efficient model.

But these are simply the most obvious examples. We’re already beginning to live in a world where the applications of this technology affect day to day life. Hospitals will soon know where all the patients are throughout a campus, where each diagnostic device is, and cities will begin dealing with the economic impact of gridlock by intelligently rerouting traffic in real-time.

So where do you start when it comes to designing for the internet of things? That’s where standards come in.

What is a standard and why are standards necessary?

A standard is just an idea used to measure something and offer a comparative evaluation. In our context it’s a list of requirements or guidelines that provides a framework for consistency of approach.

The world is full of standards, and society would not function as seamlessly as it does without them.

Imagine a world where manufacturers did not adhere to standards. Cars would not fit into driving lanes and parking spots, and you’d only be able to fuel up at certain gas stations. Each manufacturer would have to invent their own solutions to all of the common problems. There would be little interoperability.

Think about having a different alternative to USB for each device in your home. It feels like that already, doesn’t it? With micro-USB, USB 2.0 and so on.

But the reality is that, without standards, it would be far, far worse.

Additionally, there would be an economic cost if this was happening. Most consumer goods would cost substantially more. There would be very little frame of reference for evaluating products.

Which brings us to the problems that will arise from a lack of standardization with IoT.

There are those who proclaim that IoT standardization will never happen. And past history lends credence to that argument:

So I understand the position of those who doubt that standards will be adopted.

However, some standardization is happening already.

The IEEE, the ITU, and many others are all working on standards that deal with everything from how systems calculate to security.

Absent these standards, each manufacturer will work in a silo and it might never be economically feasible to have, say, an integrated dashboard to control everything in your home. Unless you purchase a device, such as a hypothetical “iHome” from Apple, where everything is from the same manufacturer and you are locked into that vendor’s ecosystem.

This is all really interesting, but how does it affect designers and agencies?

You’ve already seen wearable technologies applied for fitness and health. Not only do these things need to be “physically” designed, but their interfaces need branding and user experience design.

And these devices (from apps on a smartphone to digital signage) change how consumers interact with the brands of the world.

Think of using a fitness application on your new Sony smartwatch. You’ve just finished an endorphin-fueled 10k run. You didn’t purchase the “pro” version for $5.99, so as you check your workout stats, an advertisement appears for the latest version of your preferred brand of running shoes, or, better yet, a recommendation for a recovery shake based on your heart rate, the outside temperature and a physiological profile built over time.

That is only one possible intersection of design, strategy and the connected world.

If we don’t have some degree of best-practices around the interface design for all of these new technologies, we’ll have the same issues we face today. Learning how to interact with your newest fitness watch, because it’s completely different from the last model. Or accessibility problems for some consumers.

But imagine a world where we are able to train hospital technicians to use diagnostic devices because they have some design standards across the various manufacturers. Or even simply reducing life-affecting mistakes because the data is presented in a consistent format.

But if there are no current standards, where do I start?

For touch screens, there are some good resources available. While these are generally smartphone specific (given those are the most ubiquitous devices) they have relative merit.

At this stage, I’m not going to tackle the psychology or cultural nuances of defining global standards, but over time I’ll explore these and other topics.

For Skeletal Gesture Based interfaces:

Other gesture based research: 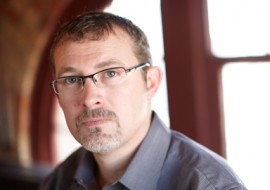